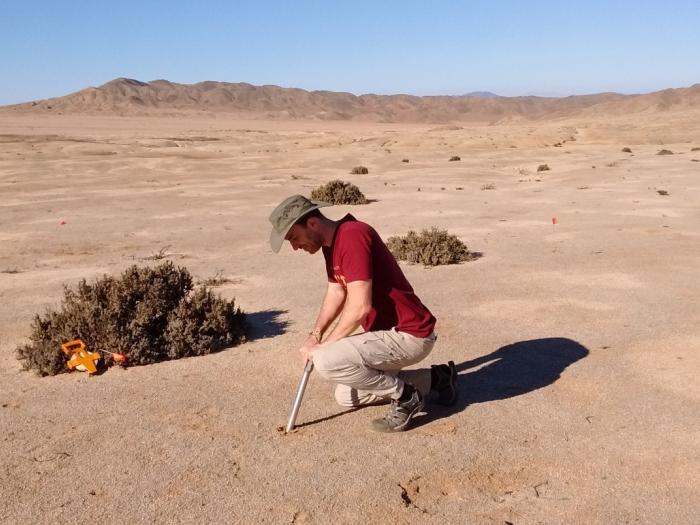 Discovering the hidden diversity of fungi in Chile Part 1

Fungi of the Atacama desert

József Geml, a researcher at Naturalis, is a collaborator on a $2.5 million project funded by the Genealogy of Life (GoLife) program of the National Science Foundation (USA). The project aims to fill the largest gaps in the Fungal Tree of Life by studying fungi living inside healthy leaves of plants and thalli of lichens in a broad range of habitats, from the intertidal zone of oceans up to high altitude alpine ecosystems, in various biogeographic regions with unique biota.

Fungi represent one of the largest groups of living organisms and they play major roles in ecosystem processes as plant symbionts, pathogens, and decomposers. More than 95% of fungal species are still waiting to be discovered. Furthermore, basic information on the natural habitats, lifestyle, and geographic distribution is lacking for even the majority of the known species.

The fieldwork started in the Atacama desert, which is one of the driest places on Earth with an average precipitation of less than 1 mm per year. Although there is little rain, the coastal areas periodically receive dense fog from the ocean. The resulting heavy dew sustains a diverse fungal flora, particularly in the form of lichens that cover the branches of shrubs and cacti. While the lichens are the most conspicuous fungi in this desert, there likely are many other types of fungi inhabiting above- or below-ground parts of desert plants or the soil. These microfungi are mostly invisible to the naked eye and this project will reveal their diversity and evolutionary relationships with other fungi using genetic tools.